Biochemistry — including molecular biology — constituted a major part of Dutch chemical research over the period from 1940 to 1980. However, the Netherlands did not occupy a strong position in that field of research after the Second World War. The present paper seeks to explain the successful development of biochemistry in the Netherlands into an independent discipline of international standing. Formulating the goal of biochemistry as "science for its own sake" played an important role in this development. Post-doctoral positions, senior fellowships and editorships of journals were crucial for biochemistry in the Netherlands in building a network of international contacts that could keep researchers informed about current developments. Westenbrink and Slater were key participants in the development of these networks. These two scientists developed international contacts via fellowships and as editors of major biochemical journals. It was through these forms of communication that the hitherto peripheral Dutch biochemical research community gained a more central position. 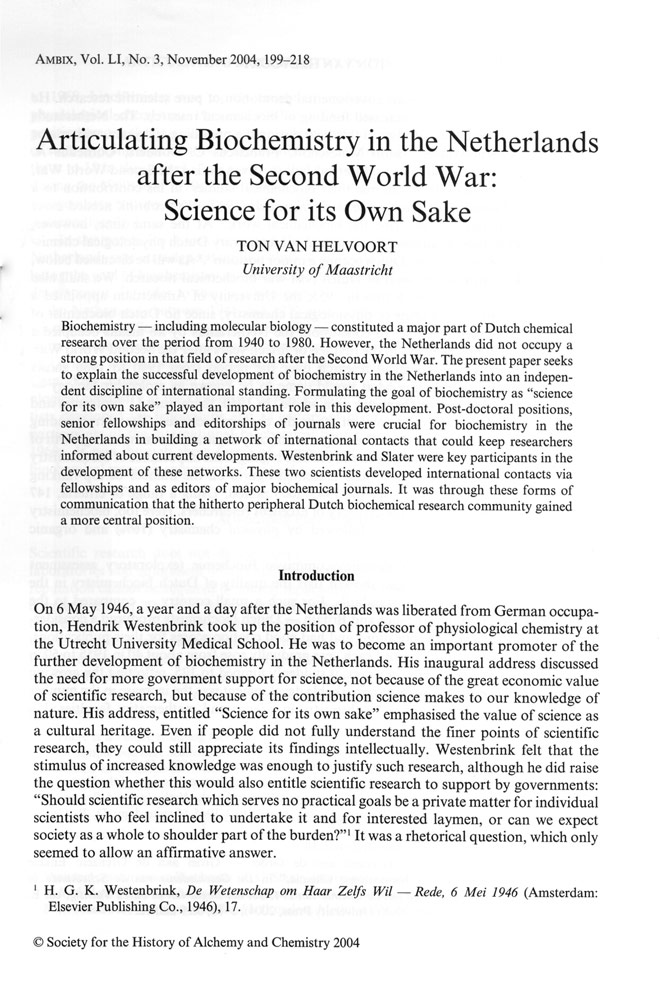