This paper uses a short 'Christmas fairy-story for oncologists' sent by Christopher Andrewes with a 1935 letter to Peyton Rous as the centrepiece of a reflection on the state of knowledge and speculation about the viral aetiology of cancer in the 1930s. Although explicitly not intended for public circulation at the time, the fairy-story merits publication for its significance in the history of ideas about viruses, which are taken for granted today. Andrewes and Rous were prominent members of the international medical research community and yet faced strong resistance to their theory that viruses could cause such tumours as chicken sarcomas and rabbit papillomas. By looking at exchanges between these men among themselves and other proponents of their theories and with their oncologist detractors, we highlight an episode in the behind-the-scenes workings of medical science and show how informal correspondence helped keep alive a vital but then heterodox idea about the role of viruses in causing cancer. 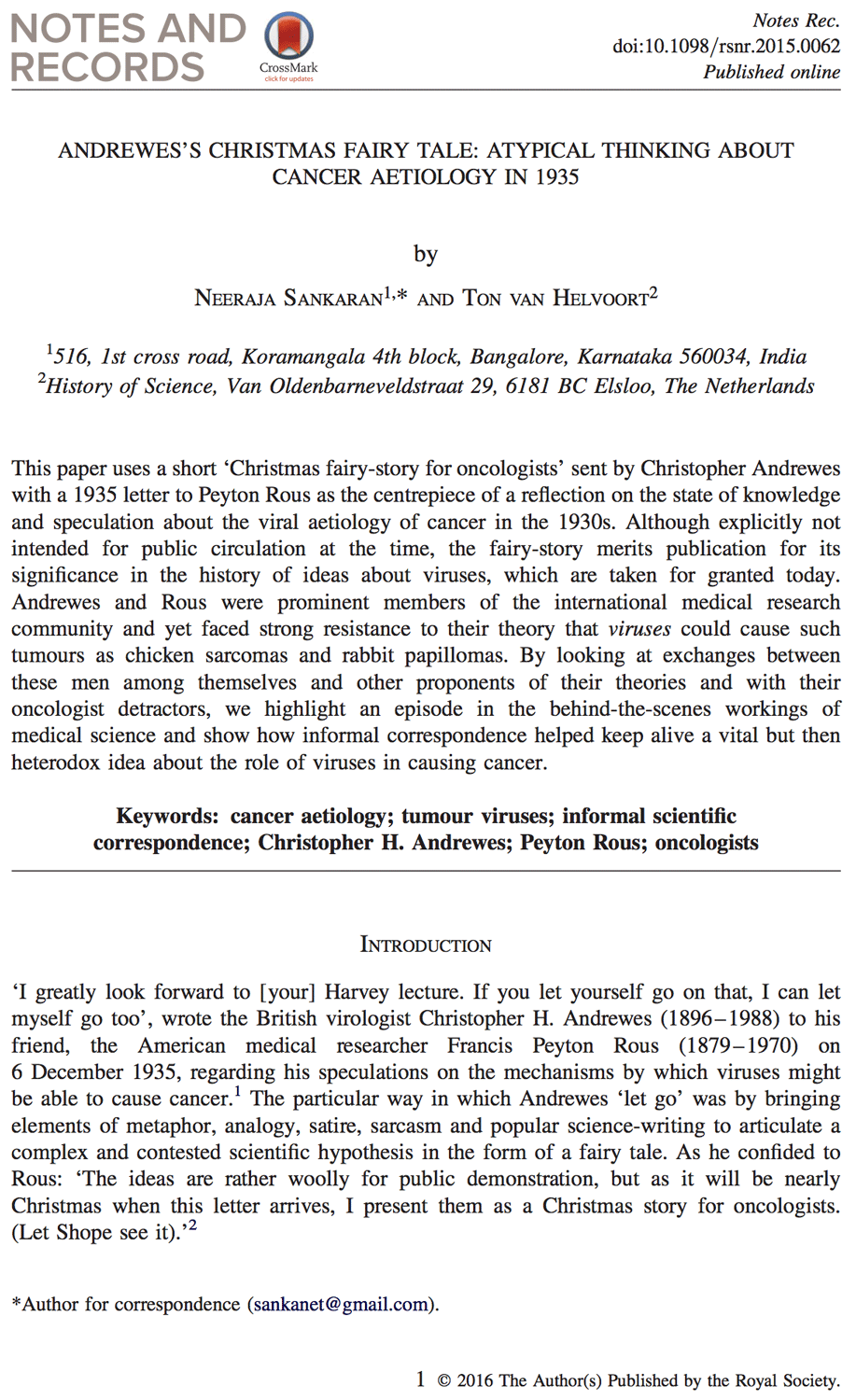